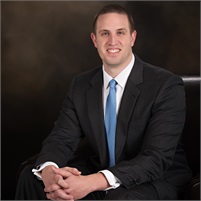 Chad Bowhuis is a 2012 graduate of Aquinas College in Grand Rapids, MI. Chad graduated with a Bachelor of Science in Business Administration with a minor in Communications, and participated in baseball from 2007 to 2012. Since beginning his career at Benchmark Financial Design, he has completed his licensing requirements for Life, Accident, and Health Insurance in the state of Michigan, as well as being licensed as a General Securities Representative, completing both his Series 7 & Series 66 examinations. He also obtained his CFP designation in 2018. He has been happily married since 2012 to his college sweetheart, April.  Chad and April have three daughters, Braelyn, Isla, and Siersha. In his personal life, he is also an avid sports fan, as well as a guitarist and bassist.